BY STEPHEN JUDD It is a precious thing when children want to be a part of blessing the children at the Mansion. 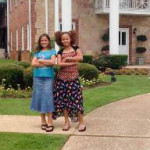 Here are several recent examples: Isabella (on the left) from Clearwater, FL, told her mother that if she would take her to see Tupelo Children's Mansion, she would not ask for anything else for her birthday this year, or next year. During her visit, Isabella wanted to know when she could get an application to work at TCM. (Her cousin, Tahlea, is pictured on the right.) 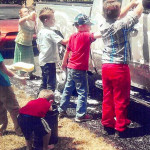 Children from North Little Rock had a “boys vs. girls” contest during VBS to raise money for the Mansion. If the boys won, Tiffany Martin would take a pie in the face. If the girls won, Mark Bailey would take the punishment. The girls won by a landslide. 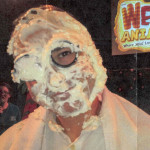 A young lady from Mt. Vernon, Missouri had a desire to do a fundraiser for TCM. The result was a children’s car wash after a Sunday service, and an offering of $251.00. Three siblings just arrived as new TCM residents from Gainesville, FL. One of our social workers, Tommy Delbridge, was bringing them to Tupelo and the oldest girl shared with him how that when I was preaching at their church a few months ago, that people in the congregation started getting out of their seats and taking offerings to the altar for TCM. Then the oldest recalled that she took all of the money she had, totally $60.00, and took it up to the front because she knew the children at the Mansion would need it. Then her sister spoke up and mentioned that she was given $5.00 to go out and eat with after church, but decided to give it to TCM instead. Little did they know at the time that the sacrificial offerings they had given that night would actually be providing for their needs now. 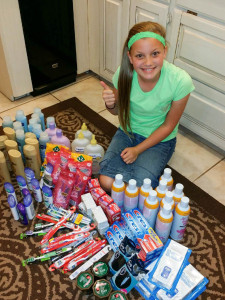