Tupelo experienced the biggest snow storm in many years on Wednesday. As much as nine inches accumulated in just a few hours. The road conditions were so bad that the mayor issued a curfew throughout the night. Our offices and school were dismissed early, primarily in order for the children to be able to fully enjoy this rare event in the deep south.

The Mansion Kids were amazed and enchanted with the snow. When they realized they didn't have the right type of gloves, they improvised by putting many pairs of socks on their hands. Since they did not have sleds, they used cardboard boxes or anything that could be found, including laundry baskets. 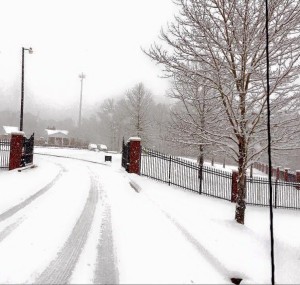 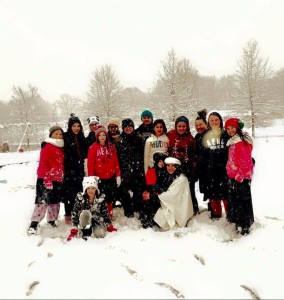 The girls brought in bowls of snow and made snow-cones. They also made snow cream, which is basically snow and sweetened condensed milk.

Some of them, not realizing how quickly snow melts and wanting a memento, tried to bring snow balls inside and display them on the shelves in their rooms. Needless to say, that didn't work out well.

The girls kept trying to explain to him that Christmas wasn't possible, that it was just Valentine's Day. But his response was to continue to declare in disbelief, "Merry Christmas. I love Christmas!" 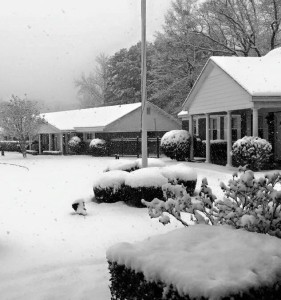